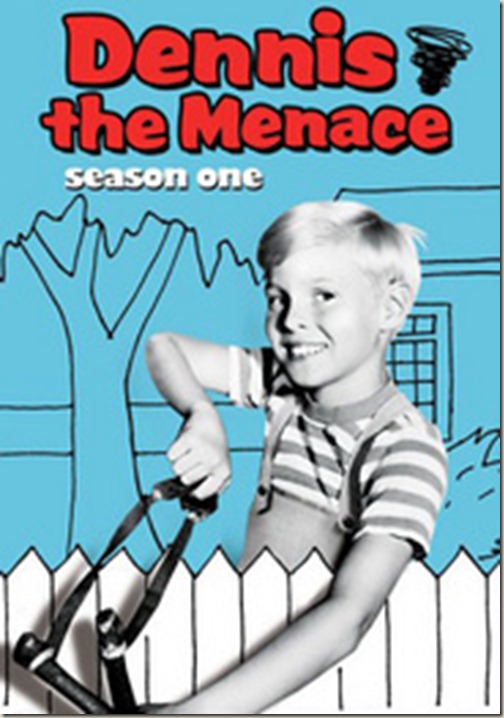 The live-action adaptation of the Hank Ketcham comic strip of the same name. Dennis Mitchell was a loveable young boy, dressed in overalls and carrying a slingshot in his pocket. He had but one fault: His penchant for mischief. Everywhere he went, Dennis’ wide-eyed curiosity, well-meaning attempts to help out and his simply being a normal, red-blooded American boy growing up always seemed to lead to trouble. Usually on the receiving end was Dennis’ next-door neighbor, retired postal carrier George Wilson. Dennis worshiped Mr. Wilson, but the gruff old man overtly displayed a less-than-cordial attitude around the young lad. Mr. Wilson’s wife, Martha, adored Dennis and saw him as a surrogate grandson (since the Wilsons never had any children). Dennis’ long-suffering parents were Henry (an engineer) and Alice (a stay-at-home mother). Episodes revolved around Dennis’ adventures and the trouble that usually followed…