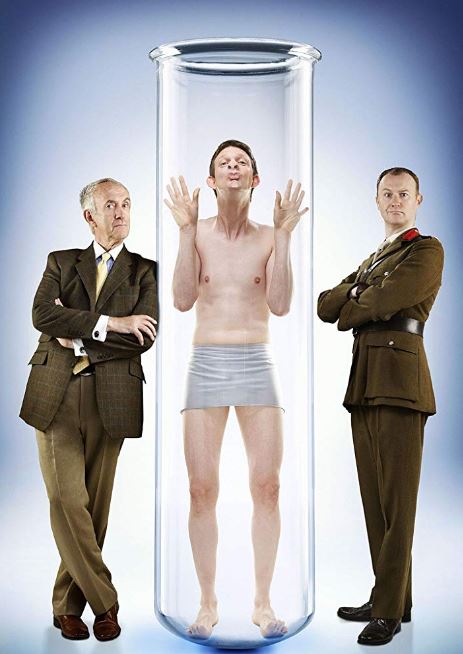 Intended to be a prototype super soldier who will eventually replace Britain’s volunteer Army, his creator, the brilliant scientist Dr Victor Blenkinsop discovers, to both his horror and distaste, that his new super weapon is not quite the awe-inspiring creation he expected. In fact, the clone is more likely to hug someone than shoot them. This modern-day Dr Frankenstein and his monster go on the run hoping to find the neurological trigger that will fix the clone and unlock his superhuman abilities. Unfortunately, they must also..