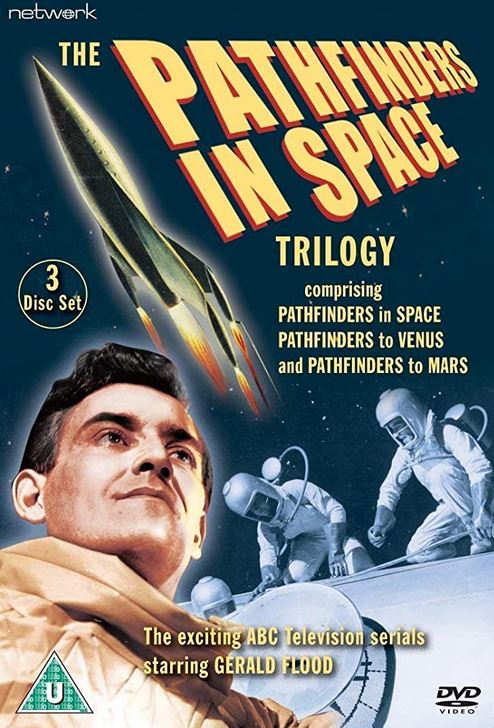 -Pathfinders to Space
Professor Norman Wedgewood and his team are planning another rocket mission to the Moon. Once again, Geoff, Valerie and Jimmy are on hand to witness the launch of a new rocket MR1 (Moon Rocket 1), along with journalist friend Conway Henderson.

-Pathfinders to Venus
Returning from their unexpected trip to Mars the crew of MR4 intercept a distress signal from Captain Wilson, a U.S astronaut, and must change course for Venus to attempt a rescue in space. However, through the space periscope, Brown sees what appears to be a settlement or a city of some sort. Desperate to investigate, Brown edits Wilson’s message and tricks the crew into landing Venus so as they can rescue him.

-Pathfinders to Mars
A secondary mission in a new rocket, MR4 (Moon Rocket 4), to the Moon takes off from Buchan Island. This time Henderson takes the lead role as pilot accompanied by Professor Wedgewood’s oldest son Geoff as radio operator, Professor Mary Meadows, Henderson’s niece Margret along with Hamlet. One of the crew turns out to be the science writer named Harcourt Brown. Brown has plans to divert the ship to Mars as he is determined to prove that there is life on the planet. Brown succeeds in getting MR4 to Mars, but with the length of the journey, the crew decide that the only way to get home is to find water on Mars.