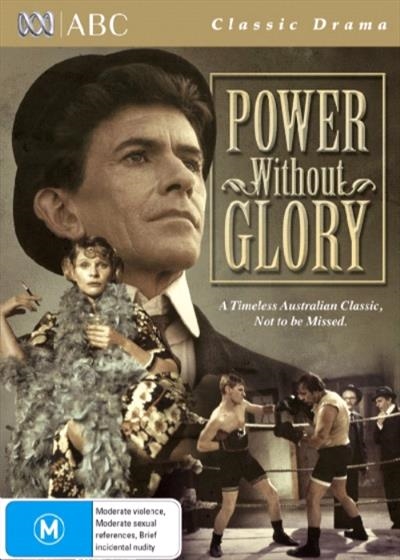 Power Without Glory is a 1950 novel written by Australian writer Frank Hardy. It was later adapted into a mini-series by the Australian Broadcasting Corporation (1976). The novel is a fictionalised version of the life of Melbourne businessman and Australian Labor Party power-broker, John Wren. It is largely set in the fictitious Melbourne suburb of Carringbush, which is based on the actual suburbs of Abbotsford and Collingwood. In the novel, West is involved in criminal activities and political machinations, particularly related to gambling. Starring Martin Vaughan, Rosalind Speirs, Heather Canning, Irene Inescort, Michael Aitkens