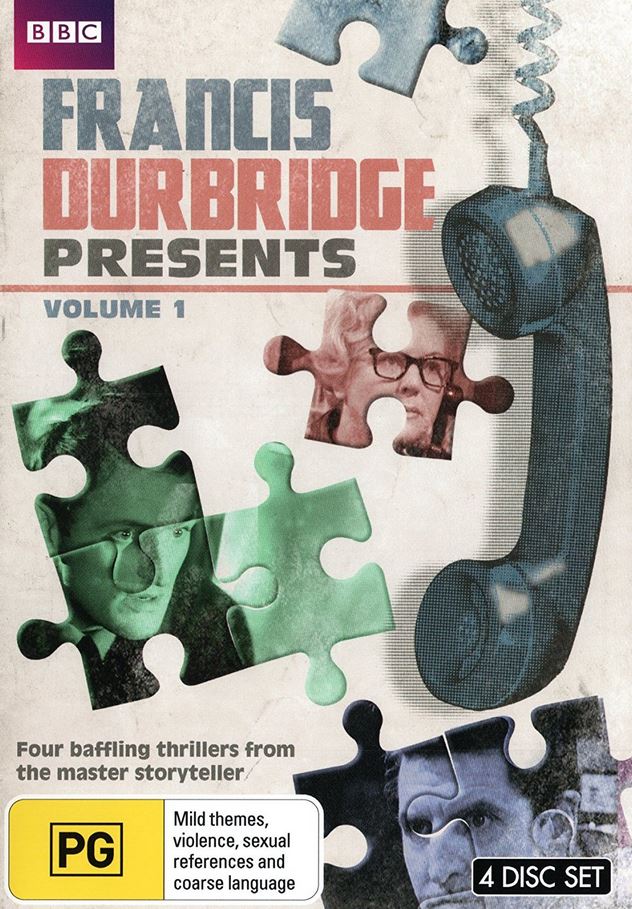 -Breakaway
Much as detective inspector Sam Harvey would like to retire to devote himself full-time to his hobby of writing children’s books, he has to solve a couple of intricate and baffling murder cases first.

-A Game of Murder
The once famous athlete Bob Kerry dies mysteriously on a golf course. His son Jack, a detective, suspects murder and decides to investigate the case. He gets caught up in a web of intrigue set in the Soho red-light district in London, with its pimps and prostitutes.

-A Man Called Harry Brent
The director of an engineering company in a small town near London has been murdered by a perfect stranger. Inspector Alan Milton is put in charge of the case. He is the former fiancé of Carol Vyner, the victim’s secretary. She is now about to marry Harry Brent, a mysterious figure with a connection to the murder suspect…

-Melissa
Melissa is a 6 part thriller serial that sees unemployed journalist Guy Foster asthe prime suspect when his wife is found murdered. When Guy’s wife Melissa is strangled all the evidence points to him being the killer. The evidence is further compounded when Melissa’s doctor claims that Guy has been to see him and he is convinced he has mental problems. Guy of course swears that he has never even met the doctor before.

-The Doll
In supremely enjoyable Francis Durbridge thriller The Doll publisher Peter Matty meets the enigmatic Phyllis Du Salle on a plane trip. Immediately smitten he arranges to meet up with her once they are back in London. Phyllis seems to be giving Peter the run around somewhat and things get murkier when he does finally spend some time with Phyllis. He lends her his car which is then found abandoned and with no sign of Phyllis.

-The Passenger
An aspiring supervillain must balance his career and his pursuit of a beautiful do-gooder.