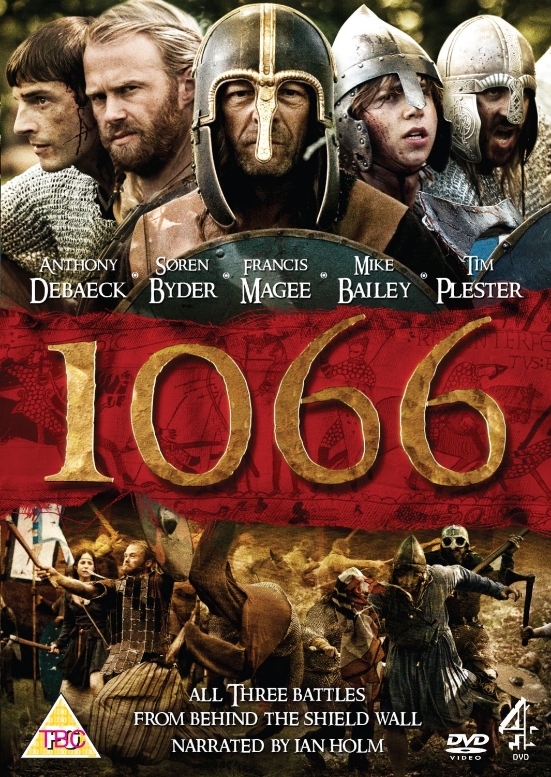 The untold story of the Norman Conquest, 1066 sheds new light on one of British history’s darkest events, not through the eyes of Kings and Conquerors but from behind the shield wall, through the eyes of the ordinary villagers caught up in the chaos.

The beginning of 1066 takes place in early September 1066, in the Anglo-Saxon village of Crownhurst, located off the southeastern coast of England in the land of Sussex. In a barn, a young man named Tofi (Mike Bailey), is about to be married. The wedding is soon interupped by Ordgar (Francis Magee), an Anglo-Saxon general and warrior. Leofric (Tim Plester), a friend of Tofi and Ordgar, meets him. Ordgar has travelled from Westminster Abbey and has received orders from King Harold II that he is fearing impending attack from William the Conqueror, the cousin of the previous Anglo-Saxon king Edward the Confessor. They have to go fighting the Vikings of Harald Hardrada in the north east of England. After defeating the Vikings at the battle of Stamford Bridge, they are told that the Normans landed in the south, near Hastings. They walk all the way back to fight them. When they arrive in Crowhurst, they see that all women have been taken away by the Normans. They arrive to free some of them but some others were already dead. In the end they go fighting in Hastings and most of them die. Tofi is the only one to survive.