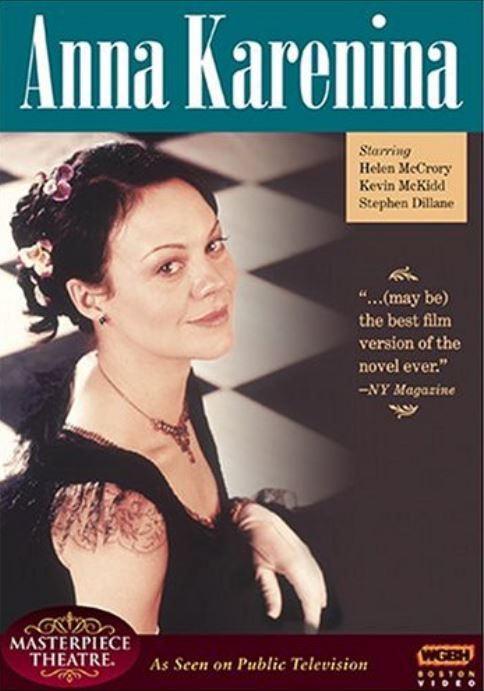 Interpretation of Leo Tolstoy’s Anna Karenina–an epic tale of love, duty, marriage and infidelity. This richly detailed film charts the tragic romantic triangle formed when the dashing Count Vronsky defies social conventions and falls into forbidden love with Anna, the ignored wife of an aristocrat. Soon, Anna’s children-a son by Alexei and illegitimate daughter by Vronsky-become pawns in Alexei’s game to see that Anna pays a terrible price for her indiscretion. With its gripping narrative and unbridled romance, Anna Karenina reveals the uncontrollable passion, emotional betrayal and courage of a woman who violates moral strictures and risks everything to follow her heart. Helen McCrory stars as Anna, along with Kevin McKidd (Trainspotting) as Count Vronsky, the handsome object of her desires; and Tony Award-winner Stephen Dillane (The Real Thing) as Alexei Karenin, Anna’s callously principled husband.