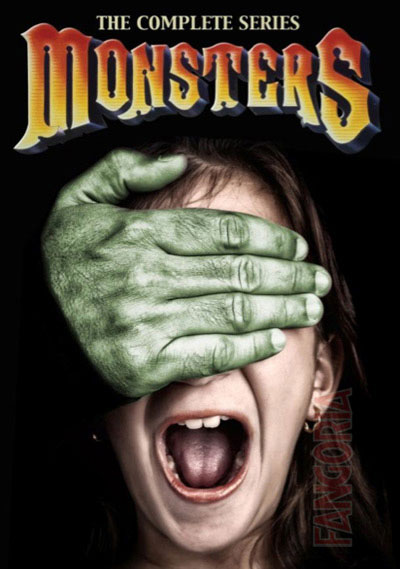 The introduction of the show is a perverse take on a sitcom intro which begins with an aerial view of a middle class suburban neighborhood drawing closer to what seems to be merely a typical cape cod style home. The camera enters this seemingly innocuous setting as the family inside is discussing what to watch on television. They are revealed to be hideous humanoid creatures with an abnormal number of eyes and elongated, deformed faces who snack on candied lizards, yet they are all dressed in very human clothing and live with typical affluent suburban surroundings. The mother eyes what is on the television, "It’s Monsters, our favorite show!" to which the daughter remarks, "Shh, it’s starting…." The camera zooms in on the face of the father, whose sinister, dark laugh ends the segment. The show was also known to have had guest stars who went on to become famous, including Lili Taylor (in "Habitat"), David Spade (in "Small Blessings"), Tony Shalhoub (in "Leavings"), Steve Buscemi (in "Bed and Boar") and Gina Gershon (in "Jar").