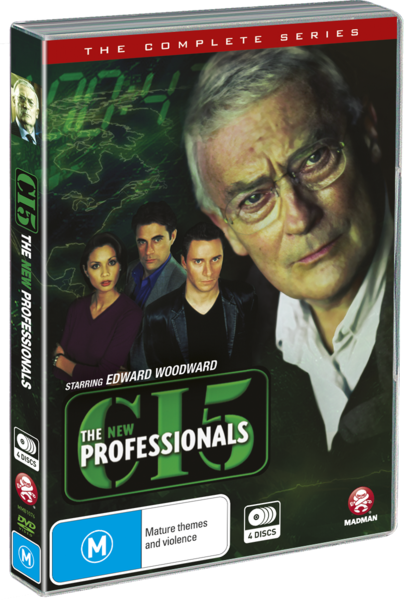 -The Professionals
This series chronicled the lives of Bodie and Doyle, top agents for Britain’s CI5 (Criminal Intelligence 5), and their controller, George Cowley. The mandate of CI5 was to fight terrorism and similar high-profile crimes. Cowley, a hard ex-MI5 operative, hand-picked each of his men. Bodie was a cynical ex-SAS paratrooper and mercenary whose nature ran to controlled violence, while his partner, Doyle, came to CI5 from the regular police force, and was more of an open minded liberal. Their relationship was often contentious, but they were the top men in their field, and the ones to whom Cowley always assigned to the toughest cases.

-CI5: The New Professionals
CI5, the British squad formed by George Cowley to combat ‘anarchy, acts of terror, crimes against the public’, has developed into an international force with operatives hired from around the world by the 1990s. With connections to the FBI, CIA and other law-enforcement agencies, CI5 operates outside borders with a group of specialists under a similar brief.